I’ve appreciated the numerous short, thought-provoking articles Jim Harries has written (and also here) on topics of cross-cultural communication. One that got my attention recently was Building Castles in the Sky: A case for the use of indigenous languages and resources in Western mission-partnerships to Africa, particularly in the light of 2 realities which are close to home for me:

Jim warns that great danger lurks here.  When we’re communicating using a shared language, it is all too easy to fool ourselves into thinking that we share an understanding. Of course in many cases when languages of wider communication are used it doesn’t really matter whether we actually share an understanding. We can appreciate films, art, songs, and all sorts of things in ways that are very different depending on the cultural background and presuppositions we bring. Sometimes we really do need to share an understanding at several levels in order to partner well. International partnerships throw up all sorts of opportunities for catastrophic miscommunications based on mismatching presuppositions. In 1999 the Mars Climate Observatory burned up because of confusion over the international standard units (Newtons) compared to American standard units (pounds). Most likely everyone involved thought they shared an understanding. They all used English. They all used the standard units of force. But they used different standard units because of the different presuppositions and so a great deal of effort ended up being wasted as the craft was lost.

The major danger for these direct partnerships based on languages of wider communication (unfoldingword, MAST, etc.) is that we think we’re communicating one thing and something else gets understood. An older model of mission involved travelling far from ‘home’ to establish a new home, learn a new language and culture and observe and serve another community over a long time period.

So far – especially to business-oriented, go-getter enthusiasts – this may just sound like sour grapes on the part of ‘old fashioned’ missionaries, who may be characterised as being paternalistic stick-in-the-muds who can’t come to terms with mission being done without them. 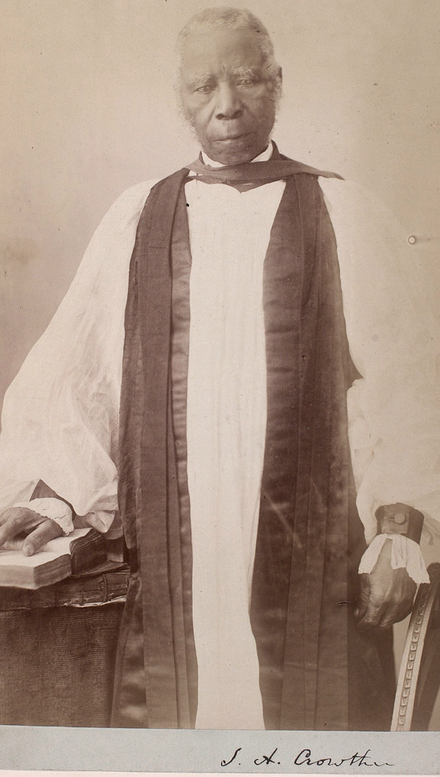 We would do well to learn from history, though. One of the first missionaries and Bible translators in Nigeria was Bishop Samuel Ajayi Crowther. His middle name may be the only clue that he was in fact Yoruba, a rescued slave who turned to Christ, studied theology in Great Britain and became a missionary to his own people. While European missionaries struggled to stay alive in West Africa, Africans such as Crowther pioneered much early mission. However with time the colonial structures and healthcare technology matured (including antimalarial medications), and a notion of European/Aryan superiority began to infect European society. And so, a new wave of missionaries arrived on the shores of Nigeria, many predisposed to denigrate ‘natives’.

What has this to do with the ‘direct partnership’ dangers and follies? Superficially, one could argue that the problem was with (western) missionaries trying to muscle in as essential middlemen. But looking a little more seriously, we can analyse the problems differently. In both the edging out of Crowther and the denigrating of long-term deep relationships on the ground using local languages, we can see well-intentioned enthusiasm mixed with the latest social views leading to real harm.

In Crowther’s day the problem was that of unrecognised, irrational racial prejudice. In our day perhaps we have a problem with mass communication in languages of wider communication deceiving us into the irrational notion that we are all alike, can all understand one another perfectly and that we should pretend away any differences we detect, in the interests of enlightened thought.

As the CMS article above cites, there were people “who should have known better but didn’t”. The challenge for us today is to notice situations where we might behave foolishly.

I’m still wrestling with the implications of this issue. 3 options present themselves:

Of course for us to really be convinced that there is a problem and to understand it well we need to consider some concrete examples of hidden miscommunications. Jim gives a number of examples in his papers. It’s probably wise for all of us engaged in cross-linguistic and cross-cultural communication to be looking out for and documenting other examples.